“I hope that all who see my work will appreciate the resurgence of this art form.”

Scherenschnitte and GAP have been a very pleasant experience for me.  In 1978, I started designing original papercuttings, called scherenschnitte by the Pennsylvania Dutch. My cuttings were based on the Swiss/German technique of cutting one piece of paper in a continuous design. Claudia Hoff’s book on paper cutting got me started. My husband Gerry handed me her book and said, “You can do this.” I started cutting and we set up at the Cherry Festival in Lobachville, PA.  It was a good experience so I continued cutting.

The first cuttings were inspired by the works of the Pennsylvania Germans from the eighteen hundreds. I designed and cut house blessings (Haussegen), baptism certificates (Taufschein), and other pictures using traditional Pennsylvania motifs. Eventually, I expanded to include nature, family trees and biblical pictures. Calligraphy adds another dimension to the designs. Often I am commissioned to make personalized cuttings with the subject matter being selected by the customer.

I started adding calligraphy to my cuttings when a customer wanted a wedding certificate.  I told her I did not do calligraphy but she answered, “You went to Kutztown College for art, didn’t you?”   She was right that I had a 6 weeks course in lettering, which doesn’t mean much!  I did her certificate and later took courses to improve; eventually earning an M.S. in art education, and becoming an art instructor at Kutztown University.

In 1985 I went to a gathering of cutters at Tilly’s house in Lititz.  This was the meeting that started the idea of GAP.  Sukey led the way and inspired us all.  I participated in the show in Hershey and continued to enjoy all the GAP events.  I was the first GAP treasurer. That didn’t last for long, because the guild grew so quickly we needed someone who really knew what they were doing!

Many people inspired my work along the way.  Sharon Schaich, Sandy Gilpin, Marilyn Diener, Neil Haring, Marie-Hélène Grabman, and many others. The wonderful thing about the people in the guild, everyone was willing to share. It was quite inspiring to go to meetings and be able to see what people were doing. I tried to get to every Collection. I enjoyed teaching a class at the Lancaster Collection in 2008.

Another good experience was helping Pat Stuntz with First Cut.  She spent many hours putting the magazine together, I helping her get it ready for mailing. It’s wonderful that people have taken an interest in keeping GAP going.   Hope everyone gets as much encouragement and good times as I have had over the years. 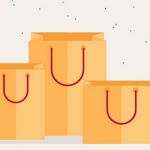 GAP is proud to be a member of the Arts Coalition of the Alleghenies! Check out their new website to see some of their exciting events, past and present.

Read the story, get the stickers!

A Word from our Museum Director

Lovely local TV coverage of Laurel Arts’ “Imagination Garden,” with a few glimpses of GAP’s National Museum, whose home is within the Laurel Arts Center in Somerset, PA.

A Home for Paper Artists

Through its publications, traveling exhibits, papercutting conferences, workshops, and demonstrations, members of the Guild of American Papercutters (GAP) seek to spread and celebrate the art of cutting paper. Whether you actively design and cut in paper, or simply appreciate the finished works of papercutters, we invite you to join our community. Our worldwide membership embraces all styles, materials, cutting methods, and experience levels. However you work, whatever your style, you will find kindred artists in the Guild of American Papercutters.